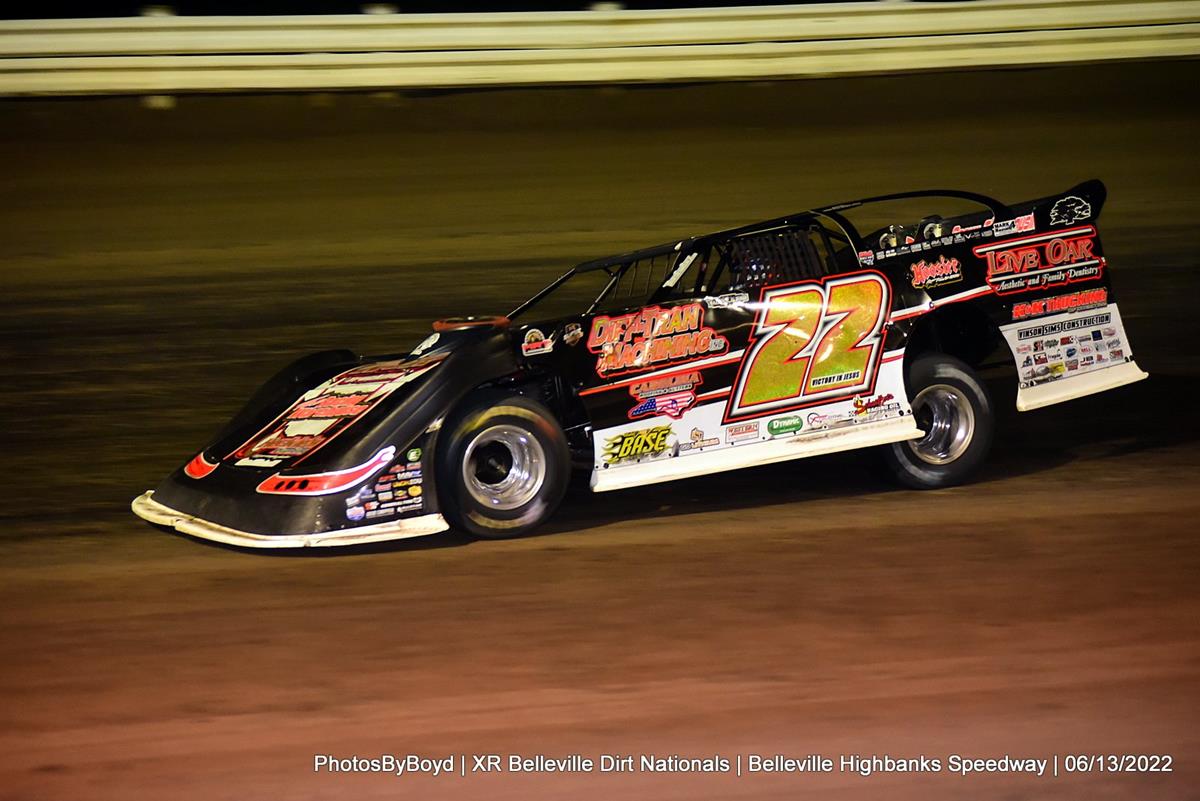 With 21 XR Super Series entries on the grounds, Ferguson followed up the fourth-fastest lap in time trials with a second-place finish in his heat. With $20,000 on the line in the feature, Chris dropped one spot in the 25-lapper to finish fifth.

On Tuesday with officials switching action to the quarter-mile oval, Chris secured his spot into the $40,000-to-win finale with a second-place finish in his heat. Clawing forward one spot in the 50-lap affair, Ferguson notched a fourth-place finish. He followed Shane Clanton, Chris Madden, and Jonathan Davenport across the line with Gordy Gundaker coming in fifth.