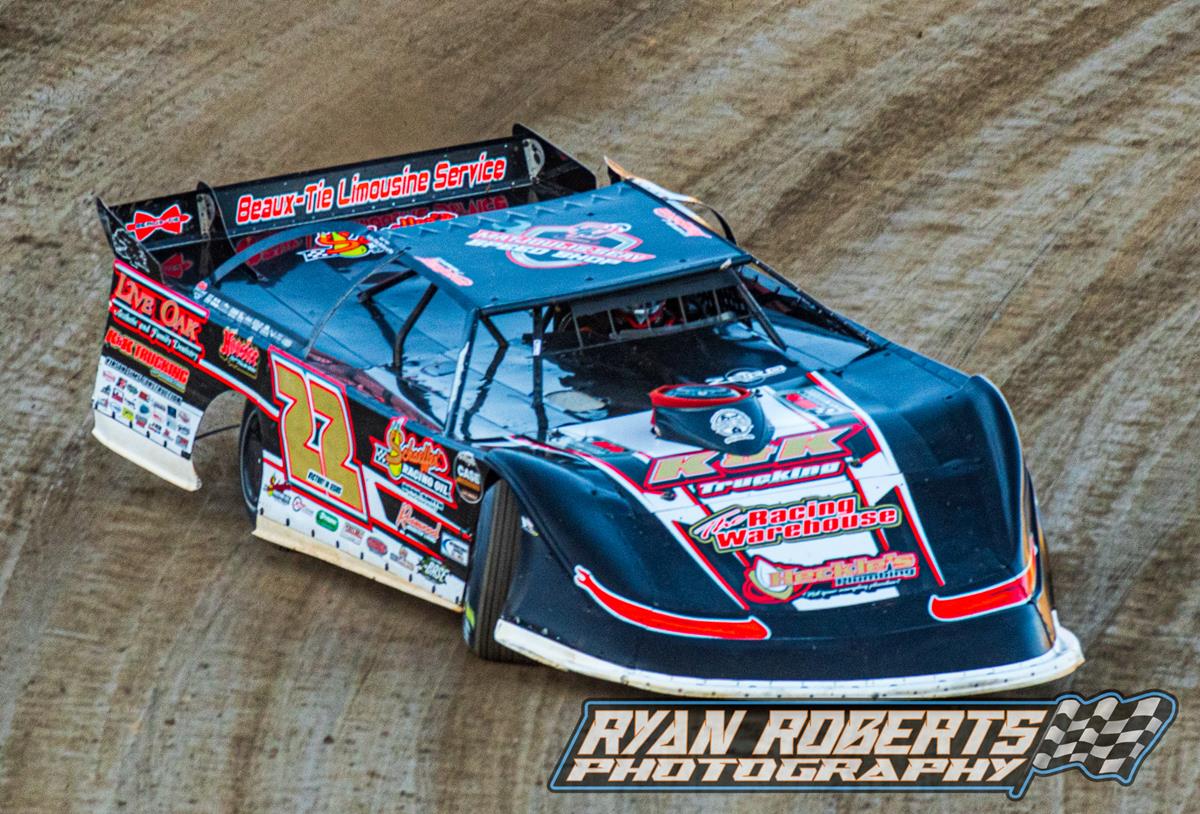 Chris Ferguson made the trip to Eldora Speedway (Rossburg, Ohio) on Wednesday as the remainder of rain-delayed Dirt Late Model Dream XXVIII from June 11th resumed with 14 laps in the books. (Ryan Roberts Photography)

Restarting in eighth as the field went green with $128,000 on the line, Ferguson was involved in a tangle on the opening lap that sent him sliding up the track and slamming into the wall., ending his night early.

Rebounding with a hot start on Thursday afternoon in his backup car, Chris topped his 53-car group in time trials before placing first in his heat. Starting his $12,000-to-win preliminary feature in fourth, Ferguson clawed forward one spot in the 25-lapper to finish third. He trailed Hudson O’Neal and Shane Clanton to the checkers.

On Friday, Ferguson’s fourth-place finish in his heat race positioned him on the eighth row for his prelim. Inching forward four positions, Chris crossed the line in 12th.

Following a fourth-place showing his heat on Saturday, Chris secured his spot into the $55,000-to-win World 100 with a runner-up finish in his consolation race. Rolling off on the 12th row, Ferguson was credited with a 25th-place finish after pulling pitside on lap 19.