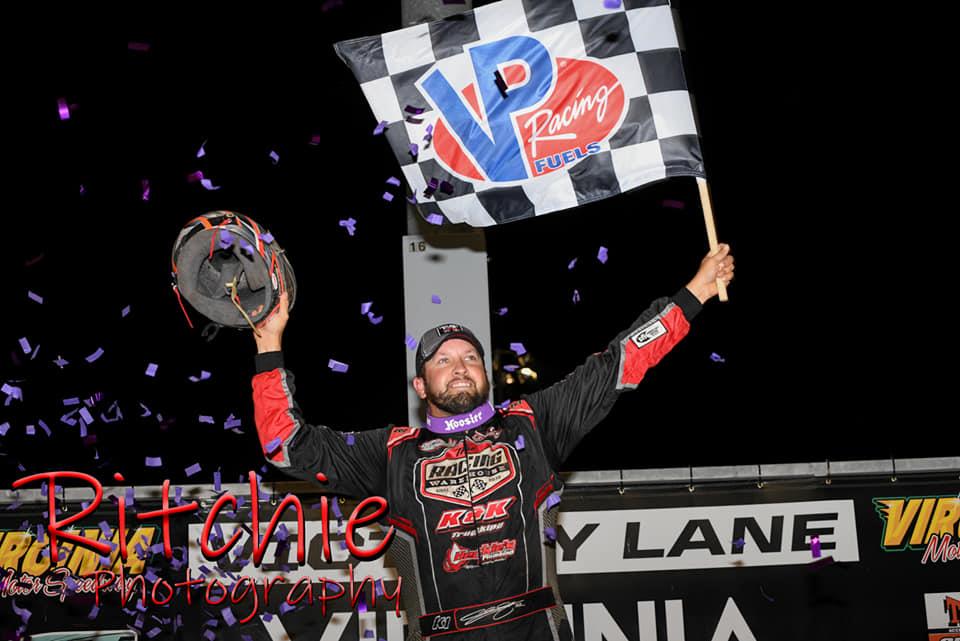 Ferguson took control of the lead on lap 13 and fought off a late-charge from Russell Erwin to claim the Ultimate Southeast Late Model Series victory. The triumph was his fourth of the season, and all of his wins have been $10,000 or more.

“I appreciate Russell (Erwin) driving me clean. He gave me a little bit of room there with a lapped car,” said Ferguson. “I respect him and (Gregg) Satterlee and also Zack (Mitchell). That was a fun race. I just got kinda content there and was running a decent groove. I wasn’t really pulling away from them, but they weren’t gaining on me. I think Russell may have turned the wick up on me. “As soon as I seen (Erwin), I didn’t feel like I was gonna be good enough to run the very bottom to hold ‘em off so at that point you just gotta get elbows up and get on the cushion. Luckily, I didn’t make no mistakes up there and was able to pull away

“This is a big shot in the arm as we get ready for the North-South 100 at Florence (Speedway). Thank you to everyone who supports this team and makes it possible.”

Chris Ferguson trekked to Virginia Motor Speedway (Jamaica, Va.) on Saturday evening, where he entered his K&K Trucking No. 22 Late Model into competition with the Ultimate Southeast Series for the 35th annual USA 100.

With 22 Late Models on the grounds, Ferguson laid down the fastest lap in qualifications before picking up a heat race win. Stealing the lead from early pacesetter Zack Mitchell on lap 13 of the feature, Chris raced to his fourth win of the season and second career USA 100.

He held off a hard-charging Russell Erwin in the 50-lapper to secure the $20,000 payday and his 16th-career Ultimate Southeast Series victory.

Erwin, Gregg Satterlee, Zack Mitchell, and Kyle Hardy trailed him to the checkers.

Full results from the event are available at www.ULTIMATEsupers.com . 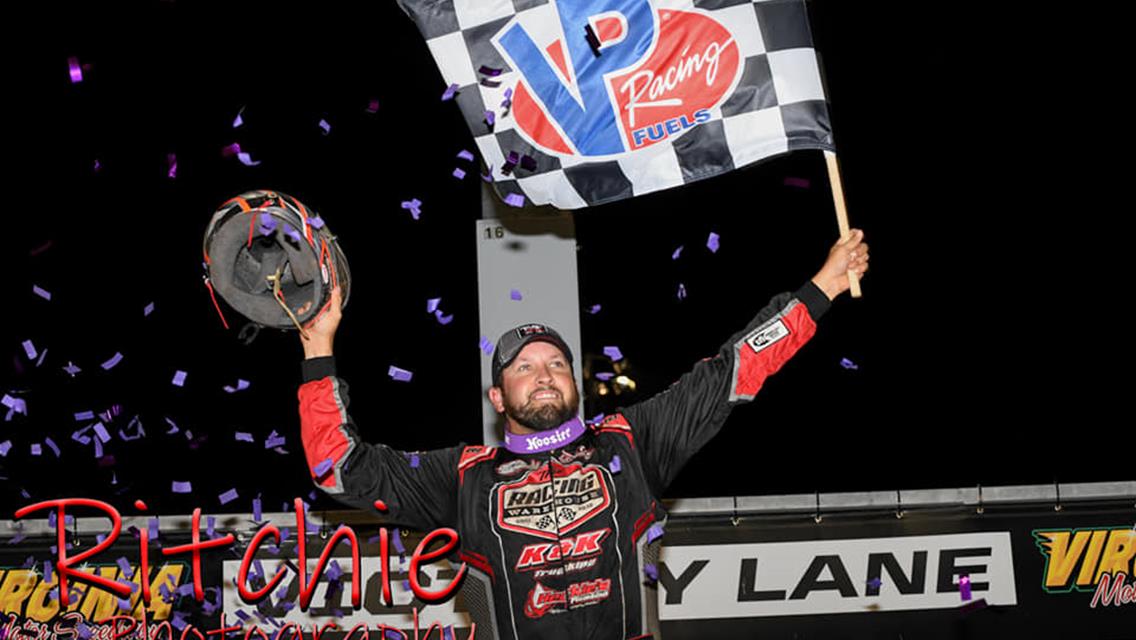 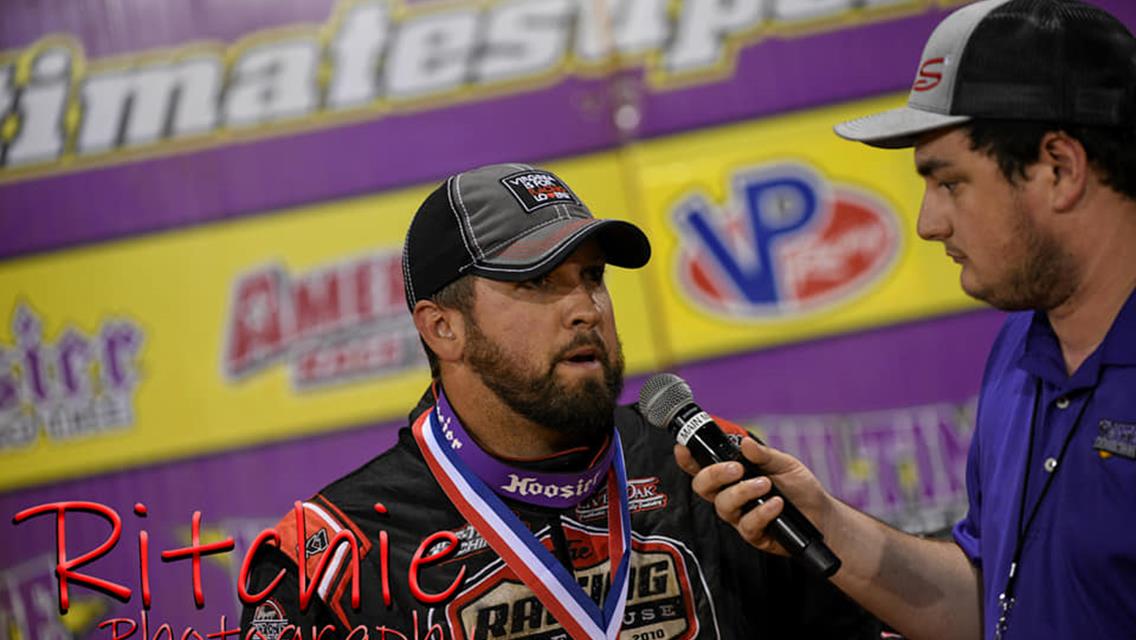 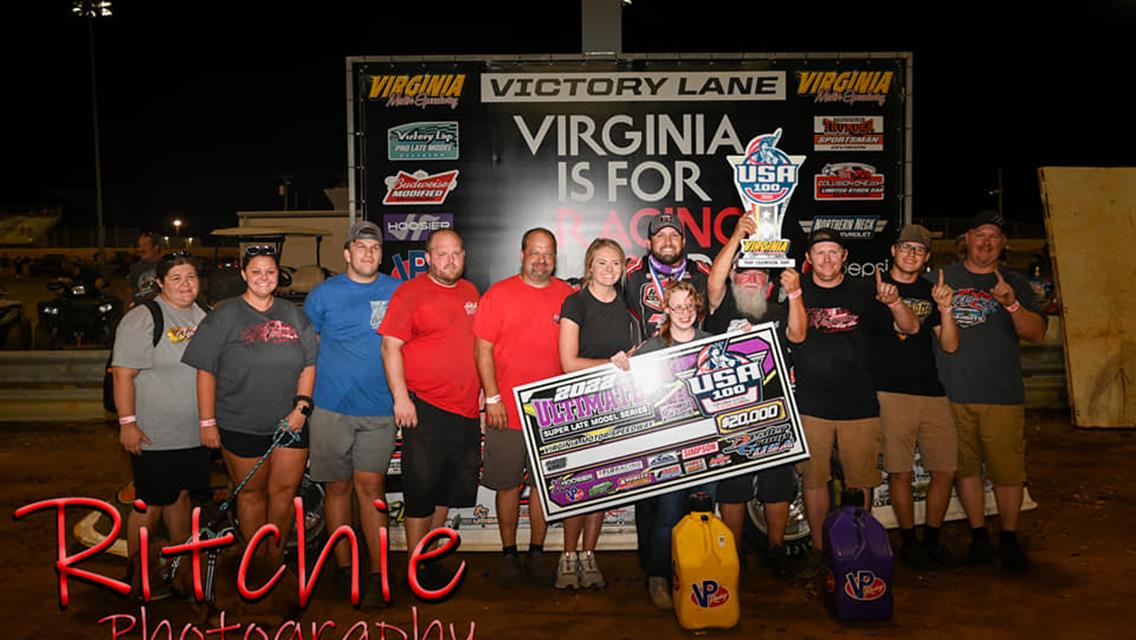 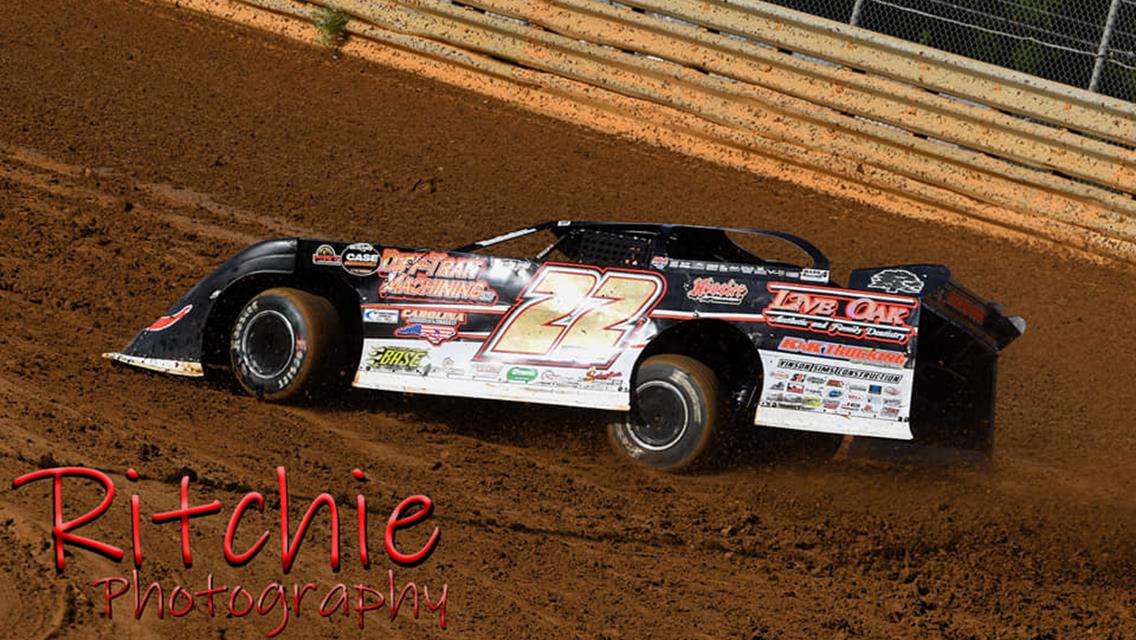