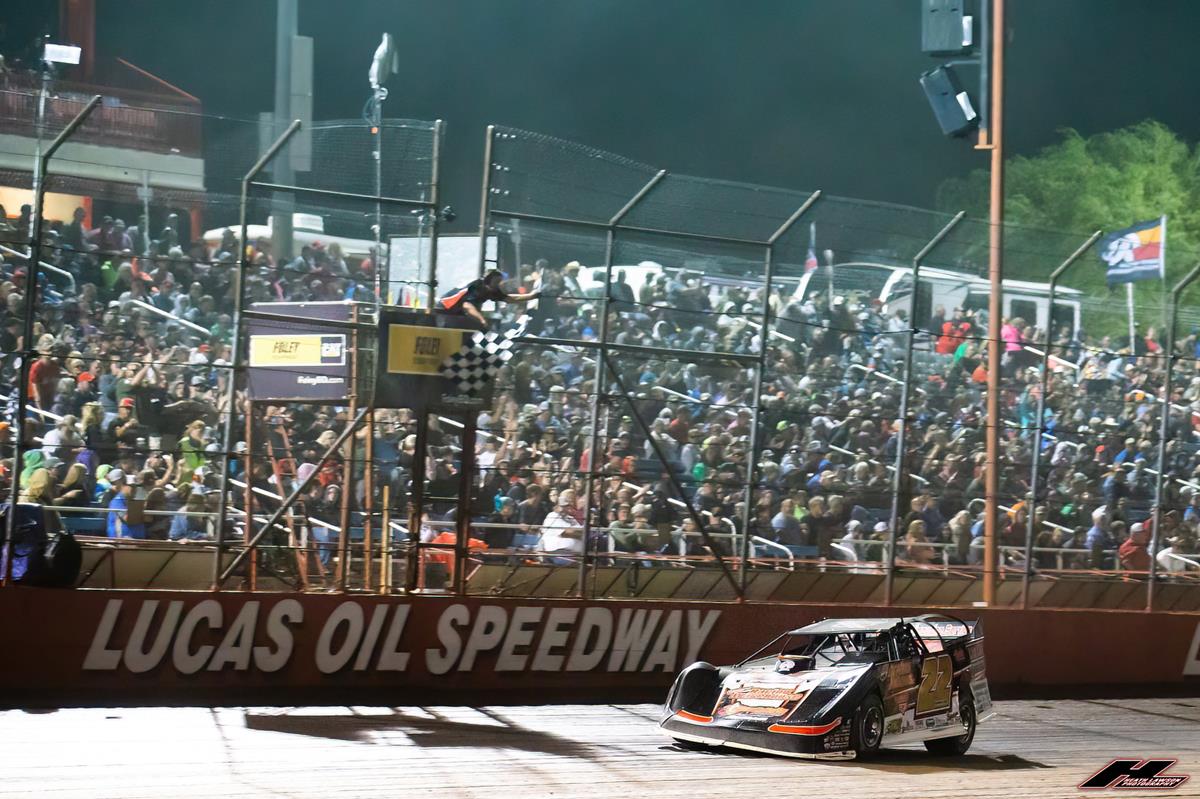 Ferguson’s win marked his second of the year with both victories tipping the scales at $50,000. His latest triumph came after he topped a battle with Jonathan Davenport during the race’s late stages.

"Oh man, I don't know what to say. I'm speechless," Ferguson said in victory lane after his third Lucas Oil Late Model Dirt Series victory in front of an estimated 8,000 fans. "God is so great. He put me in this situation. That was awesome. This is amazing and I'm so thankful to be here.

"All the people that don't realize it, our cars are fast," Ferguson said of his Team Zero chassis. "For a long time I've dreamed about being at this level. I feel like I can drive good enough to get it done now. A huge thanks goes out to all of the sponsors and people, who help me live my dreams. This one is for them all."

Following the 11th-fastest time in his group, Ferguson edged his way into the $6,000-to-win Tribute to Don and Billie Gibson preliminary feature with the third-and-final transfer spot in his heat. Rebounding from an early spinout in the 30-lapper, Chris charged from the tail to finish 10th.

With his finish in Friday’s prelim placing him on the fifth row for Saturday night’s Show-Me 100 finale, Chris slowly worked his way into contention in the later stages as he overtook Ricky Thornton Jr. for second on lap 80. Sneaking past race-leader Jonathan Davenport with 12 laps remaining, Ferguson raced to $50,000 victory ahead of Thornton, Tim McCreadie, Jimmy Owens, and Chad Simpson. The win marked his second of the season and third career LOLMDS triumph.

Full results from the weekend are available at www.LucasDirt.com.

The team will be idle this weekend as they prepare for the monumental Eldora Million and 2022 Dirt Late Model Dream, which is set for June 8-11 at Eldora Speedway (Rossburg, Ohio). The massive weekend opens on Wednesday-Thursday, June 8-9 with the second running of the Eldora Million, which posts $12,000-to-win prelim features on Wednesday followed by a whopping $1,002,022 winner’s check and $5,022 just to take the green flag in the mega finale. 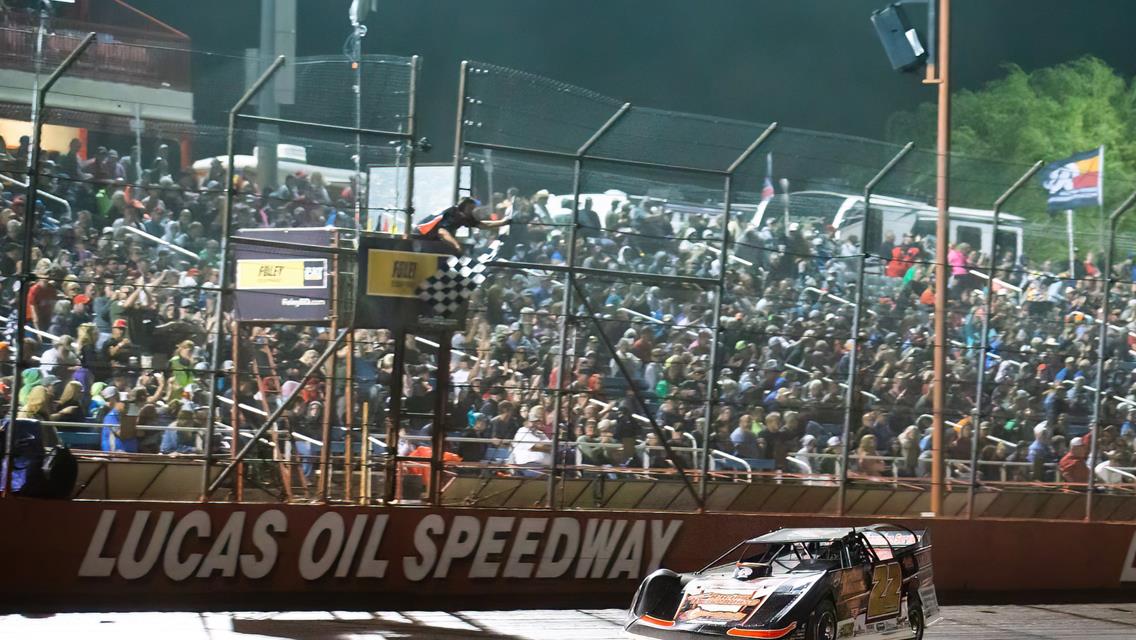 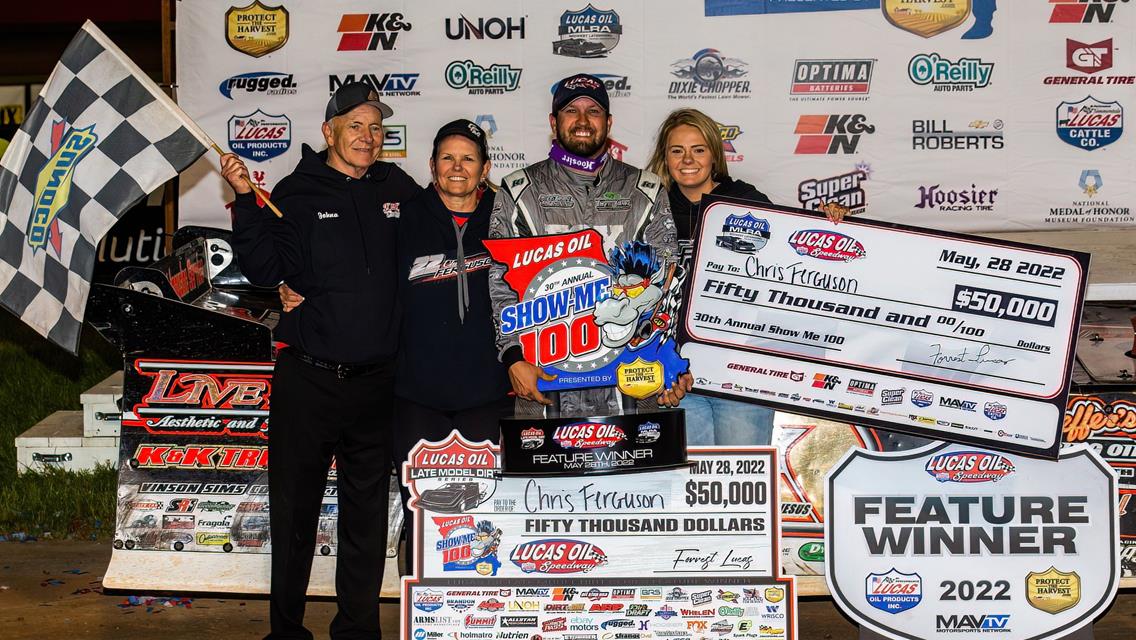 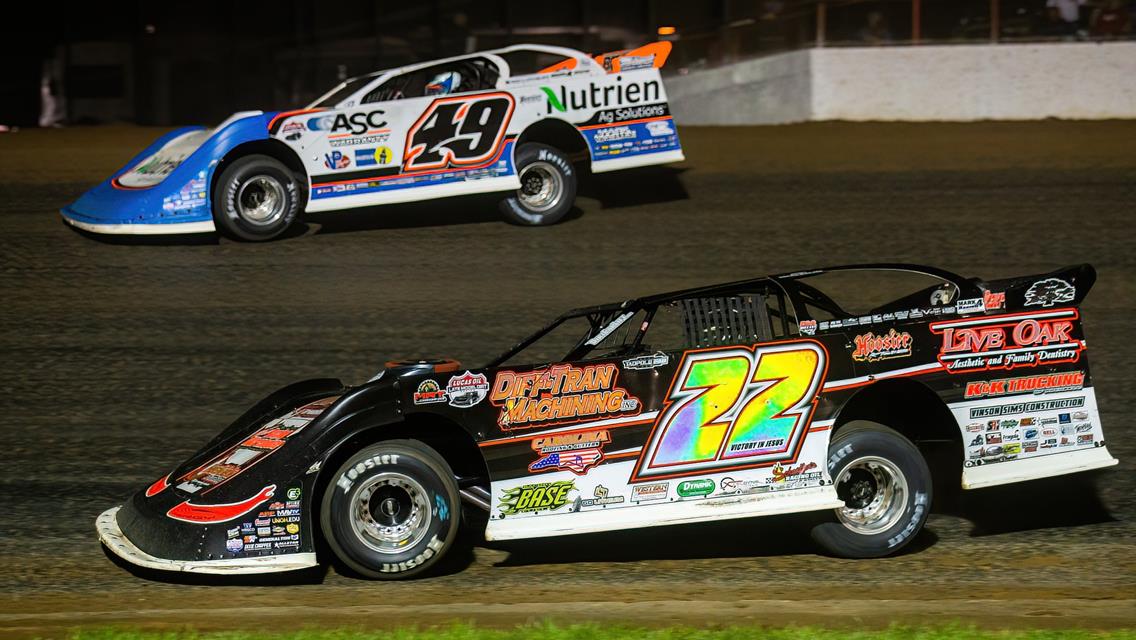