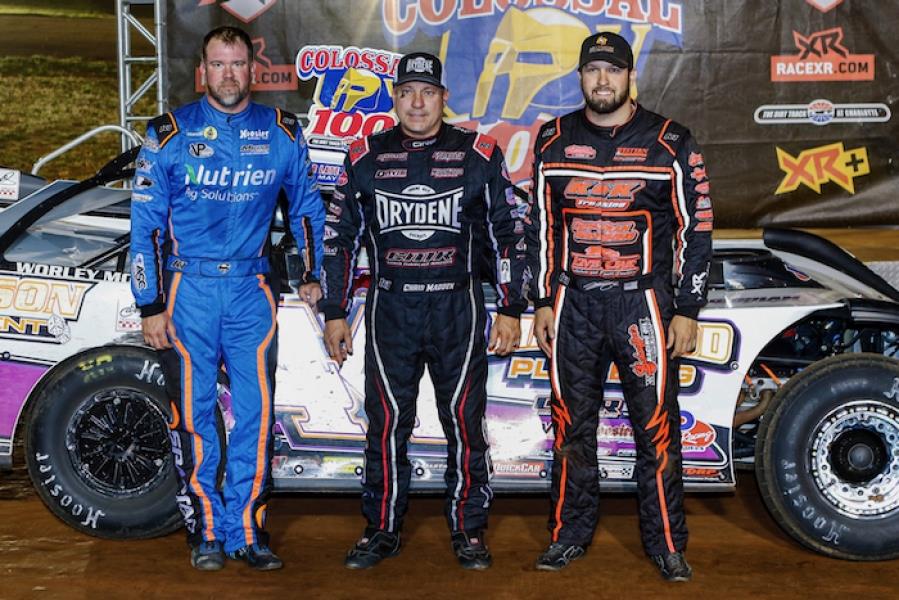 On Wednesday evening, Chris Ferguson returned with the XR Super Series at The Dirt Track at Charlotte (Concord, N.C.) for the inaugural Colossal 100. (Tyler Carr photos)

Drawing 47 Late Models for the four-day event, Ferguson edged his way into the opening night feature with a third-place finish in his heat. Charging from the sixth row in the feature, Chris passed six cars in the 30-lapper to register a fifth-place finish. He trailed Chris Madden, Scott Bloomquist, Jonathan Davenport, and Ross Bailes to the checkers.

For another $25,000-to-win A-Main on Thursday, Chris time in fifth-fastest in his group before placing second in his heat race, which came behind Scott Bloomquist. Clawing forward three spots in the 30-lap feature, Ferguson notched a sixth-place finish.

After losing Friday’s program to Mother Nature, Ferguson topped the speed charts in time trials on Saturday with a 14.904-second lap before picking up a heat race win. Starting the $50,000-to-win Colossal 100 finale in second, Chris faded one spot in the 50-lap affair to place third. He followed Chris Madden and Jonathan Davenport across the line. 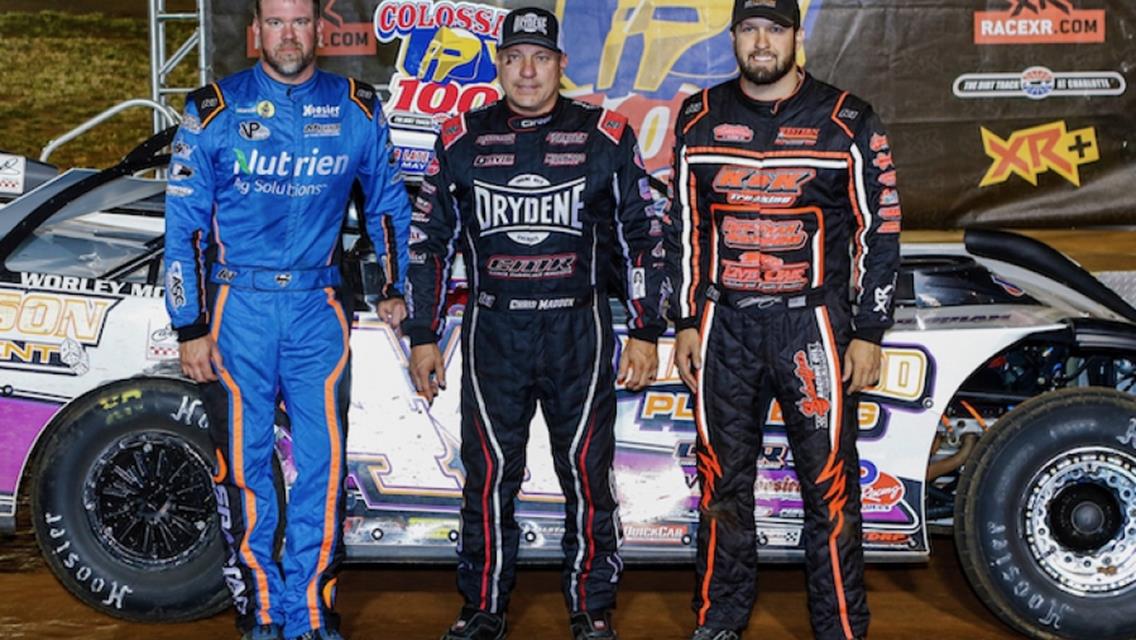 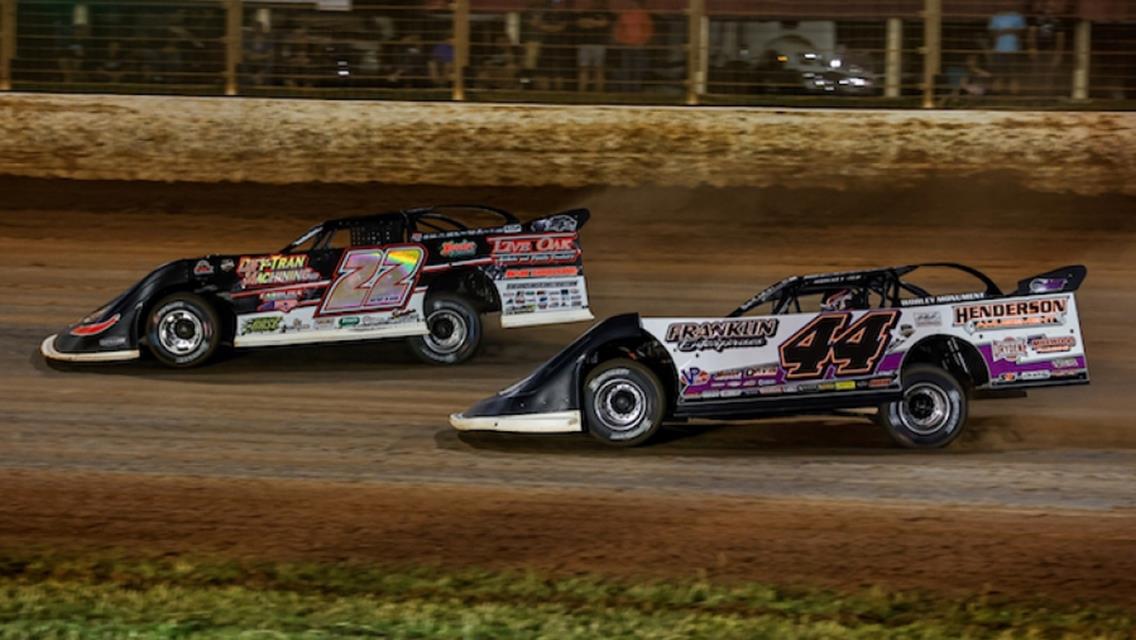