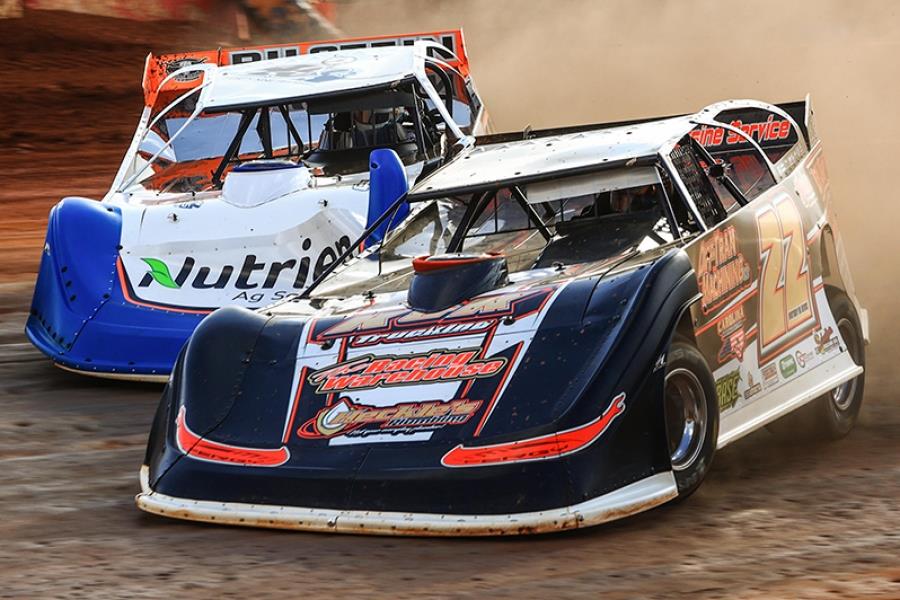 Chris Ferguson kicked off his 2022 season on Saturday evening aboard his Diff-Tran Machining No. 22 Late Model at Smoky Mountain Speedway (Maryville, Tenn.) for the event co-sanctioned by the Valvoline Iron-Man Southern Series and the Ultimate Southeast Series. Drawing 37 Late Models for the Tennessee Tip-Off Classic, Chris secured his spot into the $12,000-to-win A-Main with a third-place finish in his heat. Clawing forward two positions in the 50-lap affair, Ferguson recorded an eighth-place finish. (Zack Kloosterman photo)

On Sunday afternoon at Cherokee Speedway (Gaffney, S.C.) for the Southern All Star Series-sanctioned March Madness, Ferguson followed up the fastest lap in time trials with a heat race victory. Earning the pole position for the $10,000-to-win A-Main, Chris looked to have his first win of the season all but secured until a flat right-rear tire with three laps remaining sidelined his No. 22 Team Zero Race Car for the remainder of the evening. He was credited with a 12th-place finish.