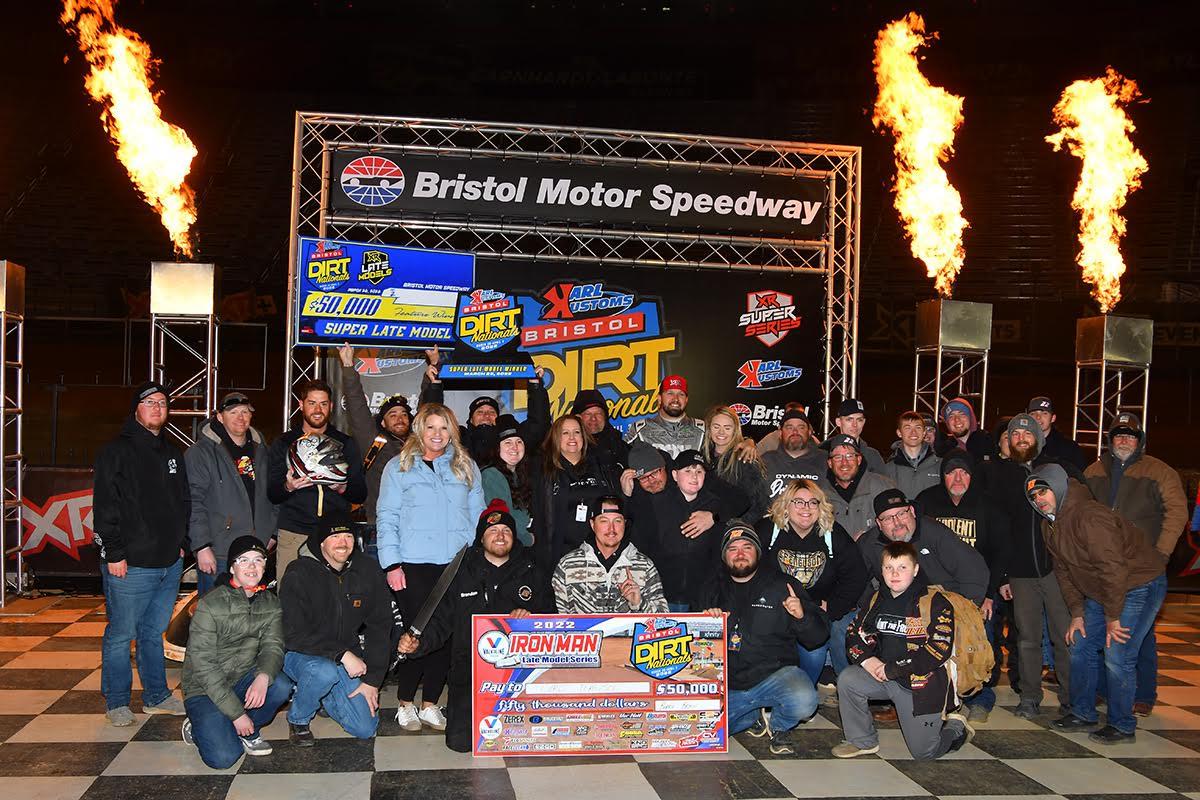 Chris Ferguson returned to the driver’s seat of his Live Oak Aesthetic and Family Dentistry No. 22 Late Model on Friday afternoon at Bristol Motor Speedway (Bristol, Tenn.) as the XR Super Series opened the 2022 campaign with the Bristol Dirt Nationals. In a field of 37 cars, Ferguson followed up the third-fastest time in his group with a third-place finish in his heat. Starting the opening night feature in 10th, Chris was an early retiree from the 50-lap affair on lap 29 with a deflating tire. (Michael Moats photo)

On Saturday, Chris clocked in third-quickest in his group before picking up a heat race victory. Powering ahead of fellow front-row starter Ricky Weiss on the eighth circuit of the feature, Ferguson paced the field in the remainder of the 50-lapper to capture his first win of the season and the largest payday of his career. He scored the $50,000 prize ahead of Scott Bloomquist, Weiss, Jonathan Davenport, and Ricky Thornton Jr.