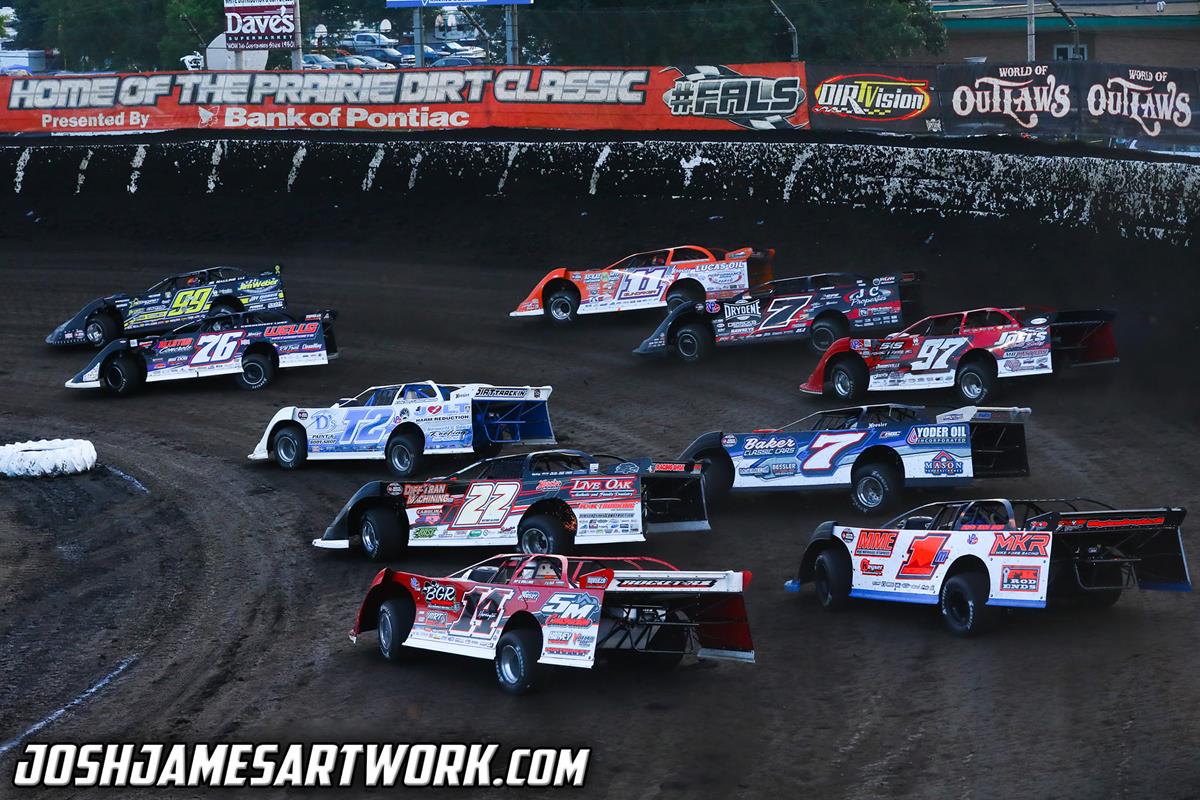 Making the trek to one of his favorite events of the season, Chris Ferguson arrived to Fairbury Speedway (Fairbury, Ill.) on Friday afternoon for the 31st annual Prairie Dirt Classic weekend. With the 74 World of Outlaws Morton Buildings Late Model Series entries split into two separate groups for time trials, Ferguson clocked in third fastest in his group before logging a ninth-place finish in his preliminary feature. (Josh James Artwork)

Transferring into the B-Main on Saturday, Chris came in sixth, giving him one final shot at the $50,000-to-win Prairie Dirt Classic with Non-Qualifiers feature. With the race winner given the option to pocket the $2,500 payday or tag the tail of the main event, Ferguson recorded a fourth-place outing.