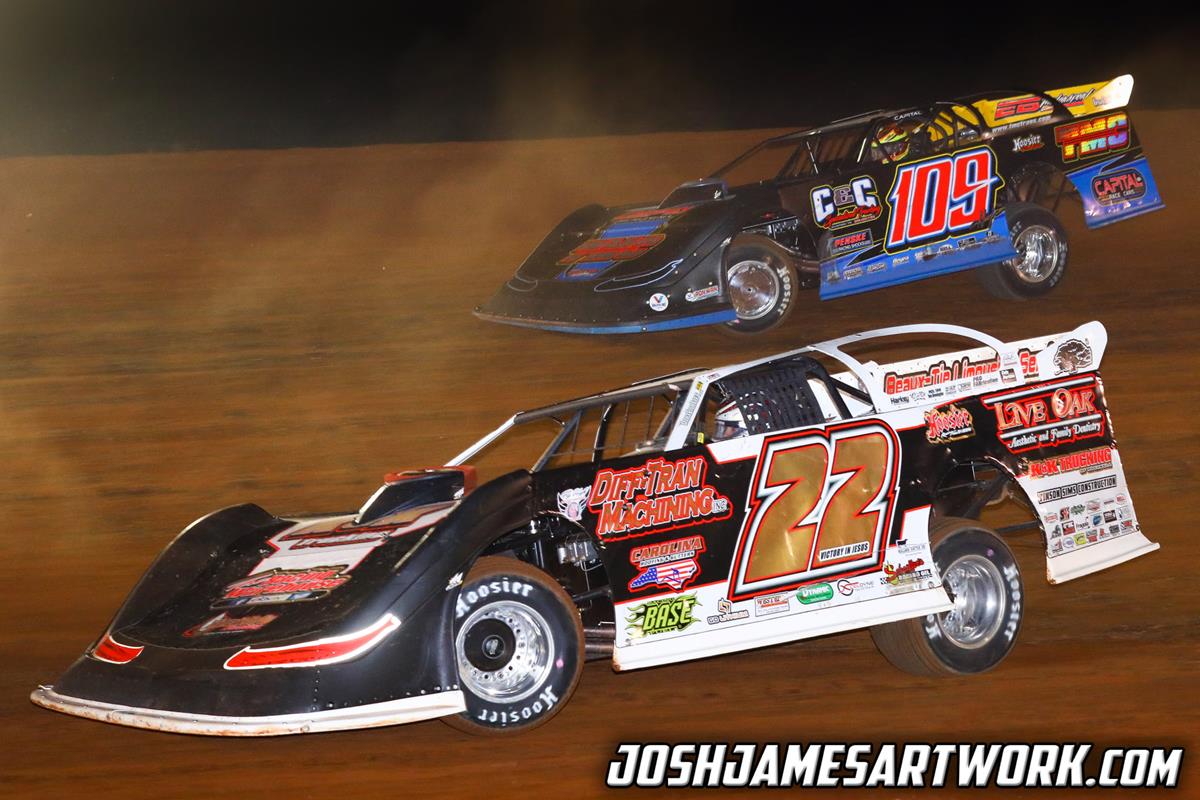 Runner-up finish in Fall Nationals at I-75

Chris Ferguson ventured to I-75 Raceway (Sweetwater, Tenn.) on Saturday afternoon to enter his K&K Trucking No. 22 Late Model into battle for the Valvoline Iron-Man Southern Series-sanctioned Fall Nationals. With a heat race victory positioning him third on the starting grid for the $12,000-to-win A-Main, Ferguson made a late-race rally from fourth to reel in a second-place finish. He followed Cory Hedgecock across the line with Jensen Ford, Eli Beets, and Ross Bailes rounding out the Top-5. (Josh James Artwork)