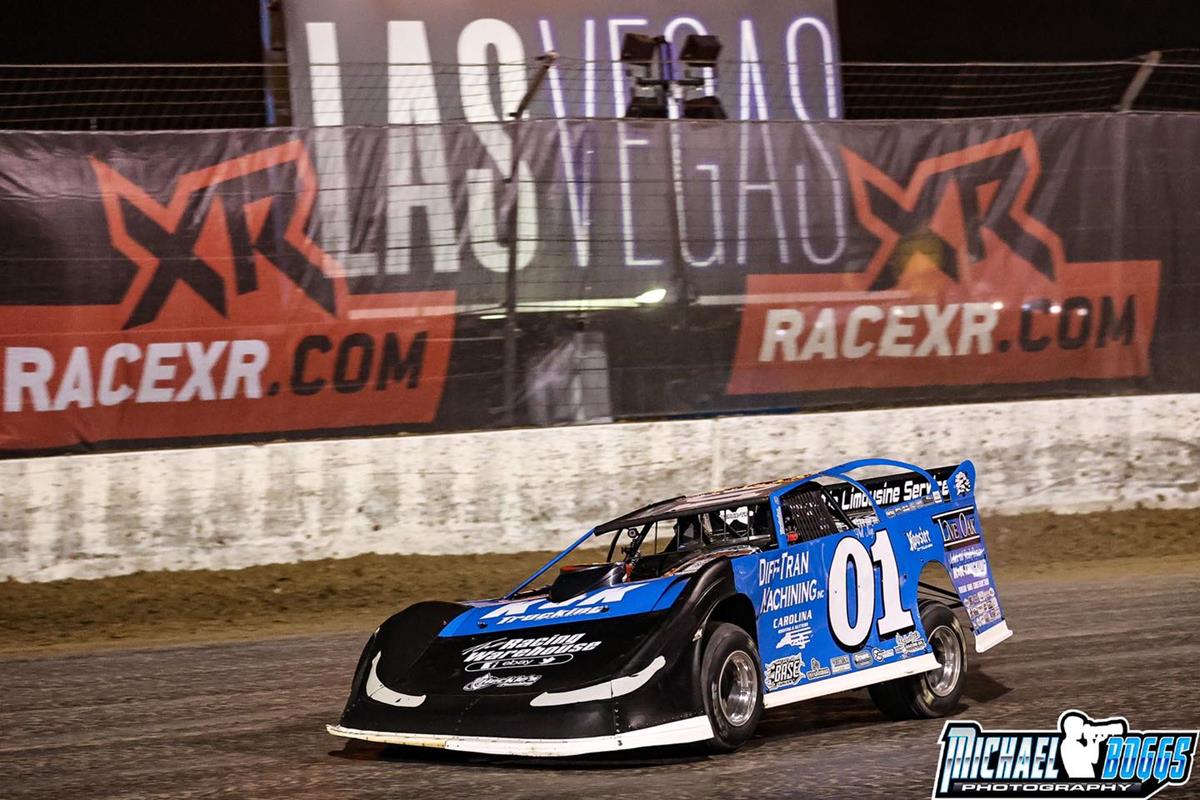 Pair of Top-10 finishes in Duel in the Desert

Chris Ferguson trekked to Las Vegas Motor Speedway (Las Vegas, Nev.) on Friday afternoon to compete in the two-day Duel in the Desert. Drawing 32 Late Models, Ferguson timed in third fastest in his group before placing second in his heat. Starting the preliminary feature in sixth, Chris faded four spots in the 40-lap affair to finish 10th. (Michael Boggs Photography)

On Saturday evening, Chris edged his way into the $50,000-to-win finale with a third-place finish in his heat race. Rolling off 11th, Ferguson suffered a flat right-rear tire on lap 26 that sent him pitside. He charged from the tail in the remaining distance of the 77-lapper to salvage a ninth-place outing.