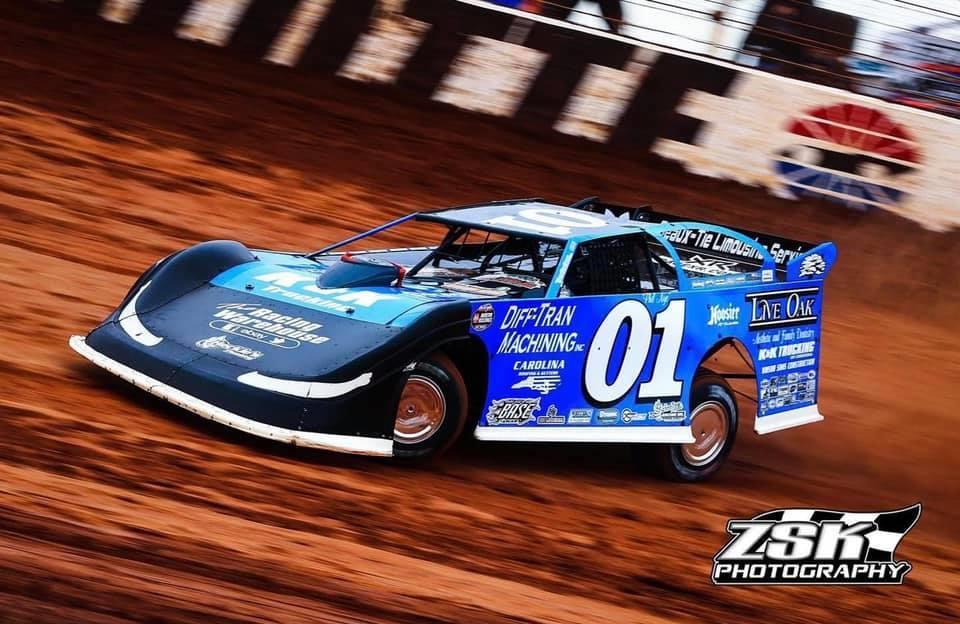 Sporting an honorary No. 01 wrap in tribute to the late Phil Nye, Chris Ferguson made the short trip to the Dirt Track at Charlotte (Concord, N.C.) on Friday afternoon for the NGK NTK World Finals. Drawing 48 World of Outlaws Morton Buildings Late Model Series entries, Ferguson laid down the third-fastest time in his qualifying group before placing second in his heat race. Earning the eighth-starting position for the $12,000-to-win A-Main via the redraw, Chris gained two spots in the 40-lap affair to register a sixth-place finish. (ZSK Photography)

The following night, Chris’ third-place finish in his heat race pinned him 12th on the starting grid for the finale. With $12,000 on the line, Ferguson was collected with another competitor near the midway point of the 40-lapper that sent him slamming into the wall. He was able to walk away uninjured.