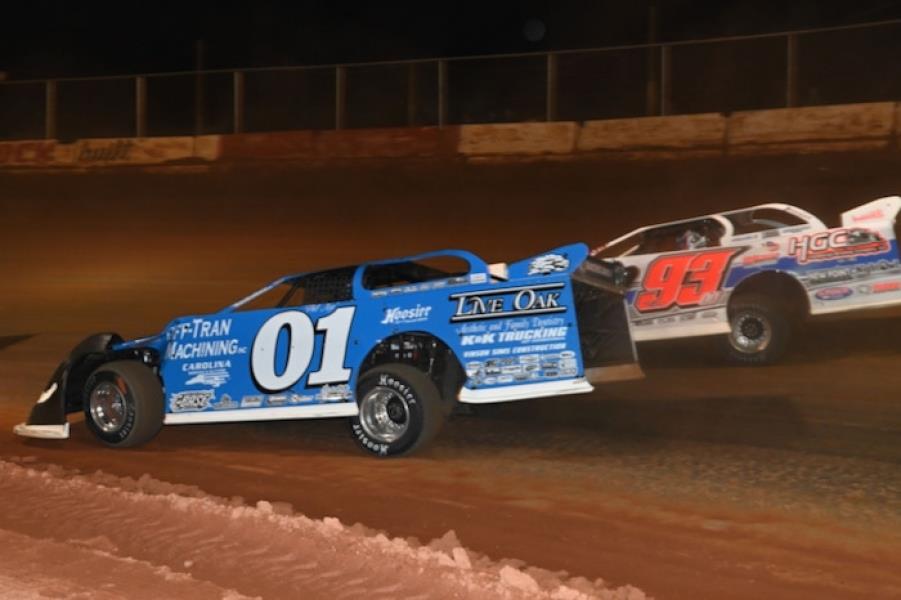 On Saturday evening, Chris Ferguson visited Lancaster Speedway (Lancaster, S.C.) to pilot his Diff-Tran Machining No. 01 Late Model for the Palmetto State 50. Drawing 24 cars for the event co-sanctioned by the Carolina Clash Super Late Model Series and the Drydene Xtreme DIRTcar Series, Ferguson secured his spot into the $10,000-to-win A-Main with a heat race win. Starting in third, Chris suffered mechanical issues while running in fourth on lap 21 that sidelined him for the remainder of the 50-lapper.

For the Blue-Gray 100 on Sunday at Cherokee Speedway (Gaffney, S.C.), Chris timed in fifth fastest overall before placing second in his heat race. With $10,000 on the line in the feature, Ferguson scored an eighth-place finish in the 100-lap affair.